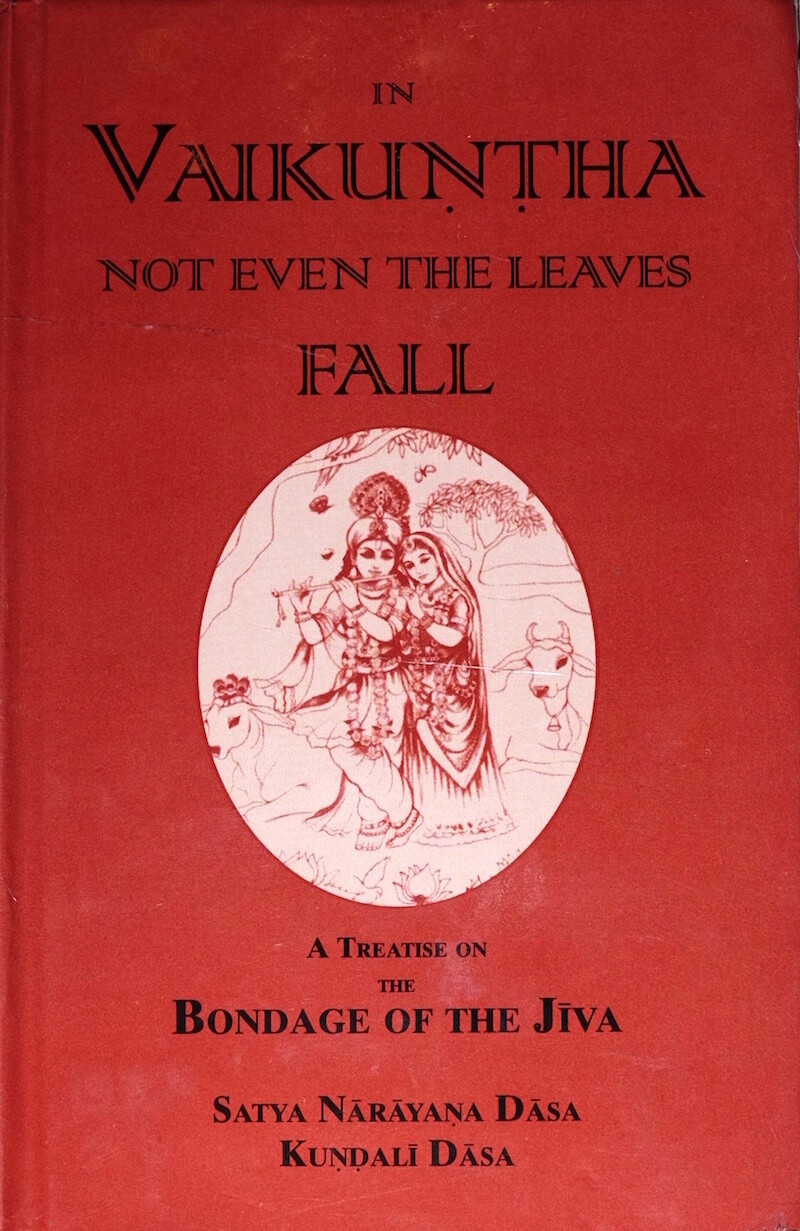 eBook: In Vaikuntha Not Even the Leaves Fall

The treatise “In Vaikuntha not even the Leaves Fall” is a systematic and thorough analysis of the bondage of the soul or jīva according to Gauḍīya Vaiṣṇava theology. I wrote the book in 1994 to settle a philosophical controversy that arose within ISKCON (International Society of Kṛṣṇa Consciousness) over the origin of the jīva in its conditioned existence. The book was banned by ISKCON and has since become an “underground” classic.

This book does not attack Śrīla Prabhupāda or anyone else personally; nor does it minimize his position. In this book, I have tried to synthesize the view of Śrīla Prabhupāda with the statements of our previous ācaryas.

After purchasing this item you can download this book in two file formats: epub and mobi. In this way, you will be able to read on every major device or software, such as Amazon Kindle & Kindle app, Apple Books app (iPad, iPhone, Mac), Google Play Books app (Android), and other ebook readers (Sony, Nook, Kobo etc.)

More information about Jiva e-books
Save this product for later
Display prices in: USD